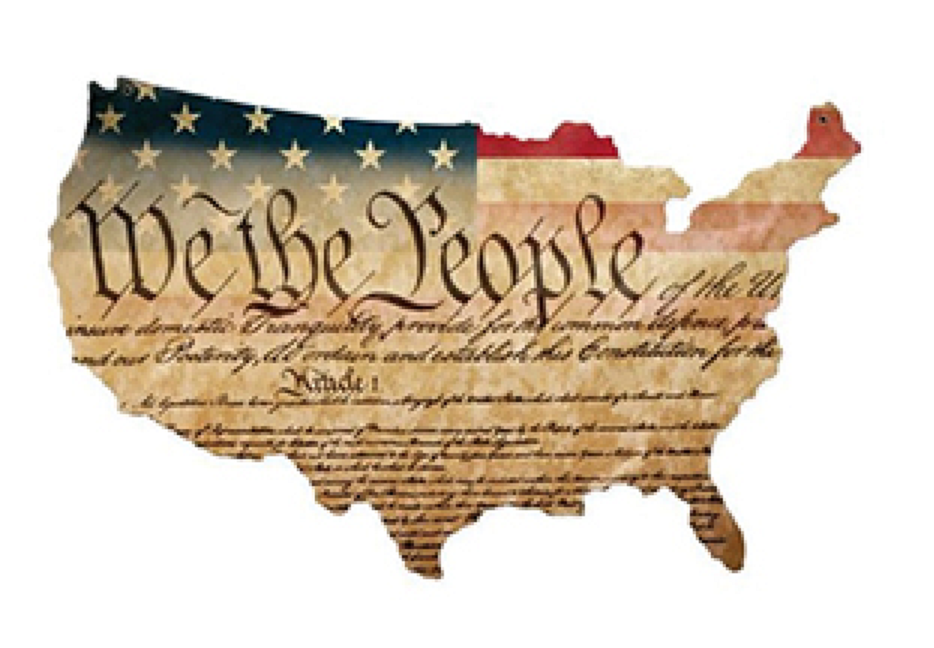 Please share this content far and wide. We are entering an era of unprecedented danger. The only way out is to grow our numbers to counter the attacks being levied against our freedom. With election season already beginning, we need Constitutionist candidates to step forth and throw their hat in the ring. Be a champion of Liberty, Integrity, and Prosperity. Reach out to the Constitution Party to find out how you can save our civilization.

That is a pretty provocative title. I know it. So, first off, yes. It was awful. The unjust taking of life is atrocious no matter the circumstance. It is against the will of God, and it is anti-humanitarianism distilled to its purest form. We of the Constitution Party officially denounce this action. I have to write this at the outset, because radical Progressive Leftists will try to use this article as a cudgel with which to bludgeon conservatives, otherwise. But why is the man who committed this vile act of terror vilified to the degree that he is, while Islamist attacks are swept under the rug, censored from the internet, not reported by the media, and we are told to “keep calm and carry on” when Islamist after Islamist creates an ever-rising body count in the West? Why is he turned into a villain while Progressive Leftists are celebrated as champions of “women’s reproductive rights” when they pass laws allowing the murder of babies? Why aren’t all of them villains?

“Keep calm and carry on” was created by the British government in preparation of WW2 but it has been stolen by the pro-Islamist segments of Western society to try and dissuade people from expressing their righteous anger after yet another one of these barbarians blows himself up, throws acid on women’s faces for not wearing a hijab, or rents a large cargo truck to drive down crowded city sidewalks and kill as many people as possible. This theft of such a noble slogan is a betrayal of our rights and values as citizens of enlightened Western countries. It is an attempt to suppress our justified rage when people whom we have generously allowed to enter our lands commit suicide (which is itself a sin against God’s laws) in order to commit mass murder (Which is yet another sin against God’s laws).

The question used to be “When will Western People wake up and realize that Islam is completely incompatible with the West?” Now that we have awakened, the question is “When will the People of the West end their silence, speak up, and demand an end to the importation of this abhorrent death cult?”

Below is a link to a list of Islamist terror attacks carried out since the 1970s. You, being an observant reader, will notice something very important: As the years go on, the frequency of Islamist terror attacks increases rapidly. Starting from five attacks altogether in the 70s and 80s, to twenty-seven in 2018 alone. The source is Wikipedia, and knowing that Wikipedia leans slightly to the left in its politics, you can be sure that this article is not written by “right-wing bigots”

I will let you in on a fact that very few people in the civilian world are aware of: Slavery is more active, and slaves are more numerous now than at any point in human history. The vast majority of the slaves being traded are middle eastern and African Christian women and Southeast Asian girls.

I’ll give you three guesses as to which religious death cult is responsible for the lion’s share of the modern slave trade. You will probably only need one guess to figure it out.

Why is it that, when a mass shooting is carried out by a “lone wolf” in the US, the reaction in the media is “White supremacist, right-wing bigot commits a mass shooting.” And “We need gun control!” (even when it’s later proven that the shooter was a leftist), but when an Islamist commits ritual suicide by blowing himself up in a crowded public place, the reaction from the media is “Not all Muslims are terrorists!” Why do they never acknowledge that the vast majority of terror is conducted in “gun-free zones” like schools, businesses, and churches?

When Muslims commit acts of terror, why can’t we demand “Islam control” legislation? After all, Muslims don’t only use guns to murder innocents. They use trucks, knives, acid, bombs, planes, and more. Far more dangerous than the occasional use of firearms to commit murder, since most of those things have no way to be controlled at all. Why not just ban people with the ideology of death and subjugation from entering our lands to begin with? Is it racist? How can banning an ideology be racist? After all, there are Arab Muslims, there are White Muslims, Black Muslims. Every color of the rainbow is present under this horrendous ideology. If it’s just an ideology and not a race, then it can’t be racist.

The man who committed the New Zealand mosque killings is Australian. Why won’t they tell you that both New Zealand and Australia have extremely strict gun control laws? Have those laws helped? Apparently not.

Why is it acceptable to declare that all conservatives are “Evil, racist, Nazi, bigots” when a single person makes a naughty joke on social media, but when an Islamist murders dozens of innocent people, we are told that we have to be tolerant and loving towards the murderous barbarians?

So, what does this have to do with Christchurch?

Circling back around to the shooting in New Zealand, what was the goal of the killer? If you listen to the leftist media, you would believe that he was a white supremacist, right-wing bigot. I tried to get the original link to his manifesto and his Facebook page to share with you, but both have already been largely scrubbed from the internet. The edited versions that still remain are largely in the hands of far-left media outlets, where they highlight only the parts that they can use to demonize the rest of us. They edit out the parts where he admits to being a communist, where he admits that he hates conservatism, and admits that his ideology aligns most closely to that of China.

An extremely important thing that the Progressive Leftist controlled media leaves out is the part where he says point blank that his goal in committing this atrocity is to accelerate the coming of civil war in the United States. His view is that when civil war finally breaks out in the US, that it will bring about world-changing events that will create the conditions for global communism to take hold.

They don’t tell you that he began his journey as a far-left activist, and following his travels around the world, he became a hardcore communist and finally (in his own words) ended up as an “eco-fascist” (think Alexandria Ocasio Cortez’ “Green New Deal” to see what eco-fascism looks like). He admitted in his own manifesto that his goal was to cause Western governments to demand further gun control so that citizens cannot resist communist takeover. He wrote extensively about the collapse of European civilization due to illegal Islamic migration from Africa and the middle east. That last part is demonstrably true. His entire manifesto was tailor-made to be a Leftist Progressive’s propaganda wet dream to crush conservatism – – And he admitted it. But the media won’t tell you that.

The worst part of all: He is getting exactly what he wanted.

There will be retaliation for his actions. All of that retaliation is going to be against conservatives. And it has already begun in the form of censorship and pushes throughout the West for more gun control. There will be Islamist attacks against Western peoples. There will be political retaliation by governments that are increasingly under leftist control. There will be further curbing of our right to freedom of speech and freedom of association. And when the People have had enough of this, they will push back. His attack on the mosques in Christchurch, New Zealand were masterfully planned and executed, and they are already having the intended outcomes.

Western conservatives must be ready. There are far more of us than most people realize, but we have been conditioned to be the silent majority. We are in a catch-22 situation, now. If we act to defend our rights, the leftists will use it as a propaganda win. If we do not act to defend our rights, then they will be taken away and we will sink further and further into tyranny and oppression until we have sunk so deep into the nightmare that there will be no recovering from it.

We are once again at a turning point in history, and truly we must tread carefully. How goes the United States, so goes the world. If we fall, the world falls. And whose hands will it fall into? Whose hands will our lives be in?

Despite the danger that we find ourselves in, we have to remember that the Founding Fathers, in their wisdom, gave us the tools by which our civilization can be defended. The only path forward that does not involve the widespread outbreak of violent revolution is to use the tools given to us by the Constitution to recover our systems of governance from the hands of psychopathic Leftist Progressives, RINO globalists, and their Islamist partners.

It is more important than ever that our Party grow in size, power, and influence, to act as a counterweight against the rising tide of Progressive communism. We must run our candidates, we must rise to the occasion.

Our champions must make themselves known.