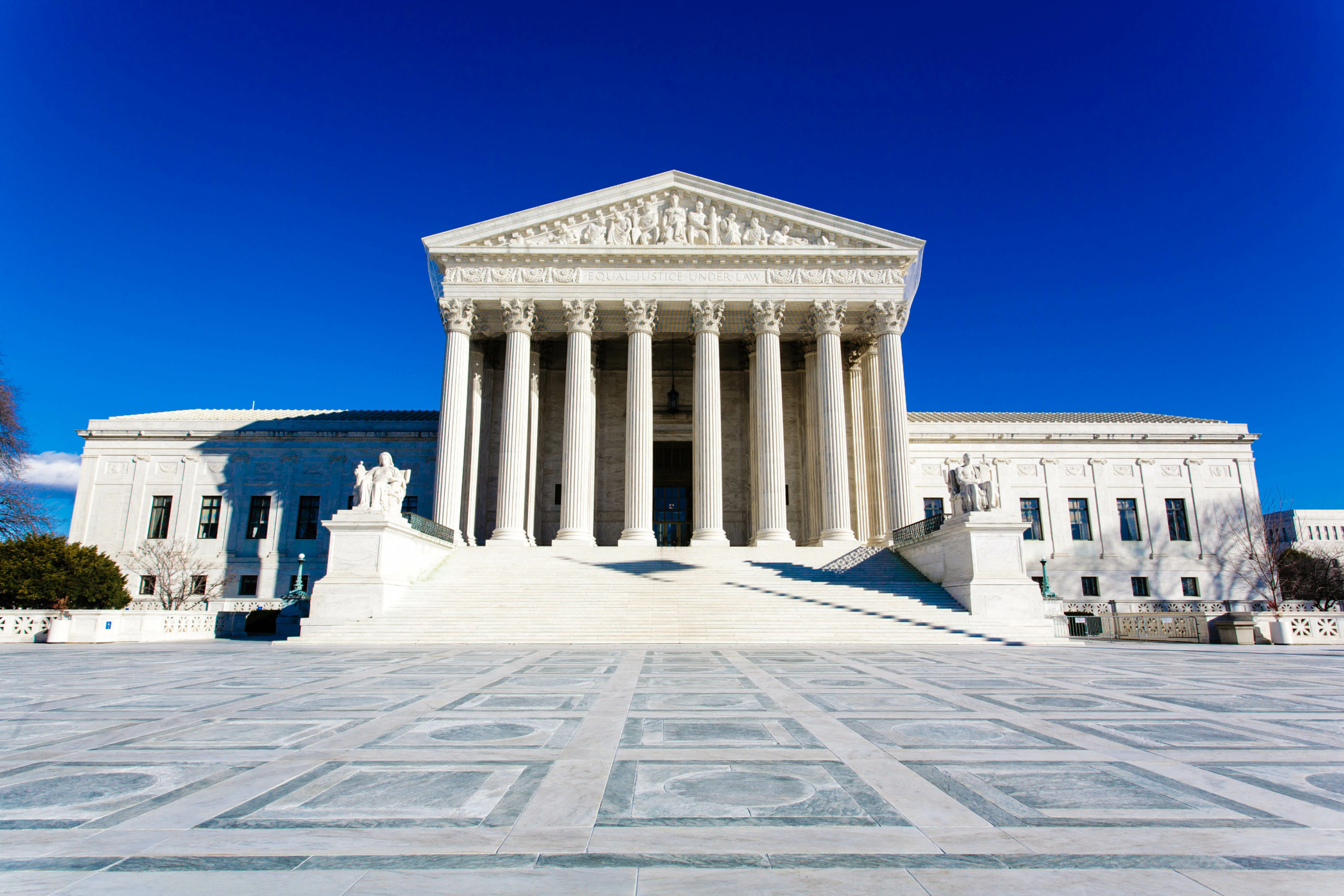 Darrell talks about the nomination of Ruth Bader Ginsburg’s successor. Should there be a nomination prior to the election, and if so, who should be nominated?

WHO SHOULD REPLACE RUTH BADER GINSBURG?

Hello this is Darrell Castle with today’s Castle Report. Today is the 25th day of September in the year 2020, perhaps a year that will be pivotal in the history of the United States and  the world as well. First, I want to tell you that the Castle family is doing fine during these very unusual and difficult times. The family daughter is adjusting well, and she seems more upbeat, more positive than she has in a while, and we are very grateful for that.

Today, I am talking about questions that are ever before us if we watch or listen to the news at all these days. We all know that Ruth Bader Ginsburg (RBG) recently died at the age of 87 after 27 years on the United States Supreme Court. RBG had reached iconic status both as a Court Justice and as a feminist leader and trend setter.

The first question to consider is does the President have the authority to make a nomination in this an election year. The answer to that question is easy; yes of course he does. There is nothing in the Constitution that restricts his authority to fill appointments in an election year. He has constitutional authority not until the election, but until his successor is inaugurated. I suppose all the controversy about it is like one of those unwritten rules of baseball that everyone abides by, or the next batter gets hit by a pitch.

The problem for the Democrats accepting this political fact revolves around Barack Obama’s nomination of Merrick Garland 11 months before the end of his second term. President Obama had no chance at reelection because it was his second term. It really didn’t matter though because Donald Trump’s chances of beating Hillary Clinton were zero as we all remember. Once she was inaugurated Mrs. Clinton could then reappoint Garland or anyone she wanted.

The United States Senate must confirm the President’s nomination for it to be effective and at that time, as now, Republicans were the majority in the Senate. The rules of the Senate give the Senate majority leader the power to decide which items come to the Senate floor for a vote and in Garland’s case Mitch McConnell held up the vote for 11 months. Democrats now say that it would be unfair for him not to do the same thing in this case. The truth is that there is nothing fair about war, only who wins, this is a culture war and the winner will determine our destiny.

Interestingly, RBG could have helped the Democrats out by resigning during President Obama’s administration so that he could nominate her successor. She chose to stick around and continue her service, even to the point of joining in hearings on video from her hospital bed. Her daughter Jane recently gave an interview to the New York Times and in that interview, she said that her mother was certain that Hillary would be elected and that she wanted the first woman president to appoint her successor.

We now have only RBG’s unrecorded deathbed statement that we are supposed to believe for who she wanted as a successor. She supposedly said as her last wish that no one would be appointed to replace her until after the next inauguration. That is a rough paraphrase, but it is close to what she is reported to have said. We don’t know for sure that she really said it because there was no recording of the words in RBG’s voice.

If she did say it so what. Supreme Court justices, no matter how revered, cannot control the judiciary after their term is finished. the words mean nothing except something that we might want to consider out of respect for her. This country was already at a very toxic level of politics and her death can do nothing but inflame and add to the toxicity. We are already in a culture war, a vicious, polarized struggle for the future, and RBG’s death just added a new candidate to the ballot and that candidate is the US Constitution.

What is this document that we call the Constitution? Are we still bound by its terms or do we accept what RBG believed and that is that it is outdated and couldn’t possibly govern a country as diverse as this one in this modern age? It should therefore, be periodically adjusted by the Court, acting as a super legislature. The other side says no, we should at least continue the charade of pretending to abide by its requirements.

She was an amazing woman with 27 years on the court. Her opinions shaped the outcome and presentation of many big cases. Maybe she will prove to be more important in death than she was in life. She was and still is the centering force of the progressive legal thought that dominates politics today. She was the leader in the actions of the court to reshape the constitution to address the issues of today with a new rule of law.

So, her death might make her even more important because it will force Joe Biden out of hiding and into the open. During the debate scheduled for September 29, it is hard to see how he will be able to avoid talking about it. If I were Donald Trump, I would ask him straight out who his potential nominees are. I read where he was asked that question and he said the public doesn’t need to know that, but hopefully he will not be able to get away with that answer much longer.

If Barack Obama wants the job of Supreme Court Justice, it is his for the asking should Biden win the election. I have no idea if Obama wants a real job or not, but Joe Biden would not be able to refuse him if he does. Senate confirmation would then become just a formality. If he can serve as President, he can certainly serve on the court. I doubt if he wants it though, because he seems to have a pretty good life right now without working.

What about President Trump? Should he decline to nominate until and if he is reelected? Absolutely not is my answer, and if the shoe were on the other foot, I promise you the Democrats would go forward. This is a culture war being fought in our minds and in our streets, which means we must take any advantage we have. He seems to agree because on September 19th he tweeted the following:

“We were put in this position of power and importance to make decisions for the people who so proudly elected us, the most important of which has long been considered to be the selection of United States Supreme Court Justices. We have this obligation, without delay!” So, there it is, he intends to nominate and fill the position if the Senate is wiling. Right now, I believe the announcement is scheduled for tomorrow, the 26th.

Both Presidential candidates will be judged on this nomination and how they react to their opponent’s nominee. The senate will also be judged by it and I would assume that senators up for reelection are now adjusting their campaigns accordingly. Not many federal appointments have been more important, if any. Despite all the threats of violence, of impeachment etc. he is going forward. It is most interesting that the Speaker of the House threatened impeachment proceedings because he might dare to do what he is constitutionally required to do. If she does, that will help assure Biden’s defeat because voters will see it for what it is.

Who then, should he nominate? Who has the intelligence and fortitude for the job and who has the determination to survive the Democrat character assassination that is the nomination process? That is the easy part folks if you are only going to consider those who have some prospect of being confirmed. The choice is Amy Coney Barrett who currently serves on the 7th circuit bench. She is a graduate of Notre Dame and the law school of the same university.

There are very few criticisms of Judge Barrett, at least legitimate ones. The primary Democrat criticism is that she is a devout catholic and lets her catholic faith guide her decisions. Well God forbid that we should have a member of the court who believes in God and acts accordingly.

If that is the only thing her opponents can come up with then she must be a pretty good jurist. She is by far the brightest and most qualified available in my opinion. She deserves to be on the court, and it would be a shame if the deep prejudice of Democrats eliminates her because she is catholic. She represents a chance to showcase before the American public a brilliant legal mind but also a mother of seven including one with special needs and two adopted from Haiti. She could quite possibly reinvigorate the Republican base with her energy and intellect paired with her calm demeanor.

Judge Barrett is known to be pro life in her views but maybe the American public and enough Senators are tired of the George W. Bush and David Souter say one thing then do another versions of leaders. Give us instead this woman to whom the inherent dignity of all life is no mere slogan or academic concept. Women come in all shapes and sizes just as men do and they don’t necessarily think alike, as a famous lawyer named Ruth Bader Ginsburg once said.

We need her on the court at this critical point in its history. There is no reason whatsoever why she should not be nominated and confirmed although I would not be shocked to see the assassins come after her character.

Finally, folks, I am not telling you Judge Barrett is perfect or that she has never made a decision which I disagree with. I know about her decision supporting the right of leadership to order a lockdown. I am also aware that our culture war was lost when we surrendered our children to the enemy at the school and university levels. What I am telling you is that we must fight on anyway and at this time she is the best candidate that has a reasonable chance of being confirmed.