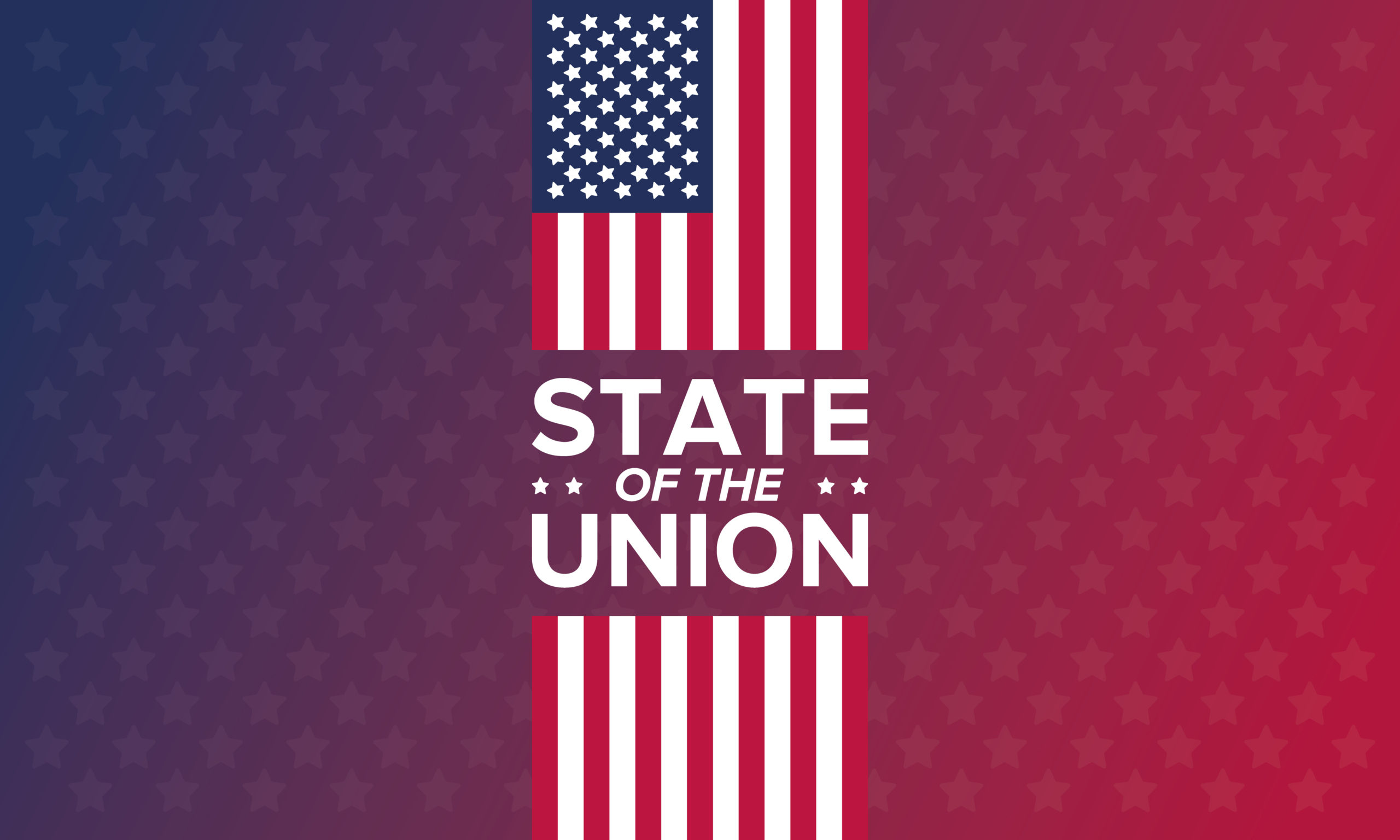 THE STATE OF THE UNION

Hello this is Darrell Castle with today’s Castle Report. Today is Friday, the 8th day of January in the year of our Lord 2021 and on this report, I will be talking about the state of the union. I’m not referring to a speech given by some politician which is just a campaign ad, but the actual state of the union as I see it. When the events at the capitol happened on Wednesday, I had to completely revise this Report from a year in review format to where are we now. Where are we now, that’s the question so let’s take a look.

First, the Castle family had a wonderful Christmas and New Years holiday even though we could not be together with the family daughter. She has been feeling a little under the weather lately which is a concern because Los Angeles is completely locked down and that makes it very difficult to see her if she really got sick. Joan and I leave her in God’s hands and try to deal with that as best we can.

The state of America right now after four years of Donald Trump and after one of the most tumultuous years in my lifetime, is not good. In fact, the situation in this country is a mess or as the old sheriff in the film No Country for Old Men said, it’s a mess but if it ain’t it’ll do til the mess gets here. The best metaphor I’ve heard to describe it all is this one, “America is dead; the Republicans root for the corpse and the Democrats root for the maggots.”

The events that occurred at the capitol on Wednesday of this week apparently in protest of the Senate confirming the Democrat theft of the country, have caused a firestorm of activity, some have called for the president to be removed immediately. It is unknown, at least to my knowledge, whether the people who invaded the capitol were all Trump supporters or whether Antifa invaded their ranks for a false flag attack. As usual, there will be no real investigation. The Washington Post called them a mob, the headline of my paper, the Memphis Commercial Appeal said, “Riot at the Capitol”. It was very uncharacteristic of Trump supporters to be that violent, so I suspect at least some false flag instigators were in the mix.

Remember, there were no riots in Portland, Seattle, Minneapolis, New York, or Washington D.C. Those were all mostly peaceful protests although a lot of burning and looting happened. Let’s assume for a moment that those at the capitol were truly Trump supporters. What would provoke them to invade a building that is symbolic of representative government and therefore serve as a threat to that government. To say the capitol is sacred ground is an exaggeration, but it is certainly very important ground. To desecrate it as they did is very uncharacteristic of what any patriot would consider doing.

President Trump missed an excellent chance to finally stand on the moral high ground. He should have said folks this election was stolen, and I have plenty of evidence to that effect, but the courts will not look at the merits of the evidence. I therefore, encourage you to accept this election and join with me in a peaceful transition. That would have set him up as an iconic figure in the future, but the moral high ground is apparently not his home. Many on the left expressed shock and outrage that such people were running around loose. They have no such qualms about Antifa and Black lives matter, however. I admit that I resent being lectured about morality by people who have a political platform the central plank of which supports and demands legalized mass murder.

That double standard is part of the problem, but not all by any means. Once he had stolen the election, Joe Biden called for unity and said we should all come together as Americans. He said that after four years of relentless efforts at division by Democrats who then sought more division and conflict. Democrats have spent many years dividing us into groups and pitting those groups against each other as they compete for scarce resources. Constantly favoring one group over another to keep them at each other’s throats is a common Democrat tactic.

No, there will be no unity, I’m afraid. We will not make peace with our enemies on this occasion. Oh, we recognize that you, Democrats, the enemies of liberty, of representative government, of free elections, of Christianity, of America, and of Western Civilization have won. We recognize that you have taken from us our country and even our children. We recognize that we will probably never win another national election because of your destruction of our country. Your mass immigration, your crowding of groups of dependent people into the massive cities especially on the coasts. Your using of our labor to buy your votes by providing blips on your computers and scraps of paper to people instead of real jobs that produce real wealth. Tell us constantly how wicked we are, and that we carry some type of original sin that makes us all racists from birth. Tell us how uncaring, unpatriotic, and selfish we are if we appear in public without a mask or if we leave our homes at all, then go and do the very thing you accused us of. That’s the Democrat way.

Continue to have your captive propaganda ministry better known as the mainstream or electronic media shut down our freedom of speech rights and deny us the opportunity to respond to your lying accusations, we need those things to fuel our anger and inspire our rage. Just keep tightening the bands little by little and then suggest unity and see what happens.  Little by little and now by leaps and bounds the chains of autocratic top-down control are being forged for us.

Those same chains are being forged for all those self-righteous ones who lick the hand that now feeds them as well. Unfortunately, they are apparently too stupid or perhaps too ignorant to understand. The Jews in the camps who were bigger and stronger were chosen to herd their fellow Jews into the gas chambers hoping against hope that the Nazis would kill them last. When our self-righteous ones wake up one day behind the electronic wire there will be no one left to support them.

No, Mr. Biden there will be no unity and no peace. The trend is probably heading in the other direction toward disunity and chaos. This marriage seems to me to have encountered irreconcilable differences, so when you come home drunk and beat me and tell me its all my fault, I have no choice but to accept your terms or separate from you. If you want peace and unity then join with us in attempting to save liberty.

The ignorance of your supporters is something that we can at least take small comfort in. Representative Emanuel Cleaver from Missouri was called on to open the 117th congress with prayer. He mentioned a few gods that he wanted to recognize and then he closed with amen and awoman, apparently too ignorant to understand that amen is not masculine. We at least have hope and some entertainment when we realize our enemies are that ignorant.

Speaking of entertainment, that has been taken from us as well. The virus and the pontificating, self-righteous, multimillionaire athletes, and multi billionaire owners with their social justice demands have deprived us of the relief we used to find in the circus. They still give us a little bread in the form of their computer blips they hand out when they have done something so egregious that the country is on the brink of breakdown.

Social justice you say, you want justice, but I doubt if that is really what you want. Most of us in the darkness of our hearts realize what is there and we may scream justice but that is far from what we want. If justice is what we want then we should all embrace capitalism because it gives you what you deserve, not what you want, and that is true justice. Capitalism is not a system, it’s just what happens when people are allowed to decide among themselves who gets what. Socialism is a system imposed on people by a centralized governmental authority. In an effort to get what they want; they call it justice and ruin it all.

What, then, is justice social or otherwise?  Websters says that justice is the quality of being just, righteousness, equitableness, moral rightness. Our friends in the UK define it as a system where like cases are treated the same. Considering those definitions, I submit that justice is not what people want at all. They don’t want to be treated the same, they want to be treated differently. For example, they would prefer not to be sent to jail for crimes committed, and they would prefer to have people feed their babies that they won’t or can’t feed. Mercy perhaps, grace perhaps, but justice no.

To conclude this rant, I’m afraid the fatal disease of which this nation suffers was contracted long before Covid 19 and long before Donald became orange man bad. It probably started to manifest symptoms on Christmas Eve in 1913 and right now it is well advanced. Orange man bad promised to cure it but he didn’t. He did not stop mass immigration, did not drain the swamp, did not end political correctness, did not reverse critical race theory, and did not end the Federal Reserve as he said he would, and his supporters expected him to.

A series of catastrophic mistakes compounded it all and now it is completely out of control and probably irreversible. There are so many problems with so many causes that I could go on all day, but it is tiring for me as I’m sure it is for you. Jesus told us to love our enemies, but even the disciples struggled with that directive. How is a soldier supposed to love those he has been sent to kill? I don’t know and no one seems able to explain it to me. Joan tells me every day that I am not supposed to hate my enemies even though they seek my destruction. I know she is right but I also know the imprecatory prayers of David and others in the Psalms.

Looking at these problems in depth as I do each week makes me want to put on dark glasses and stuff cotton on my ears, but then I’d have to put a clothes pin on my nose to keep out the scent of rot. If you saw a man pour gasoline on himself, you would probably avert your eyes as he lit the match because the sight would be too horrifying to watch. Averting my eyes from the looming catastrophe seems appealing right now.

Today is Friday though, and that is happy day for Joan and Darrell. Let’s go home and have a glass of champagne. Yes, I’m sure that would help so let’s do that.

Finally, folks, Western Civilization, well it seemed like a good idea at the time.