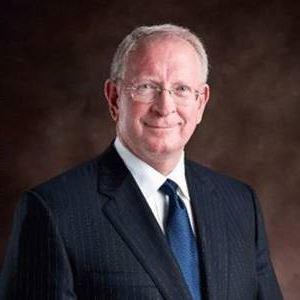 In the 20th and now the 21st centuries the rule of law has been steadily eroded and lost in America. Government officials are no longer subject to the law but the people are. The shield and protector is broken and no longer safeguards the people. As evidence, I point to the rule by executive orders and the many crimes of the Clinton, Bush, and Obama administrations, which have gone unpunished. The people now know that there is one law for them and another one for government.

Interestingly, in recent years the Supreme Court of the United States has upheld the 2nd Amendment and denied the authority of government to reinterpret it. No, the court said, it means what it says in its plain words. McDonald v. Chicago, the D.C. v. Heller case and the cases decided by the various circuits, such as Moore v. Madigan decided by the 7th circuit in 2013, recognized that the government can’t just change the 2nd amendment at its discretion. It cannot be allowed the power to wantonly violate the Bill of Rights. The 2nd of the enumerated rights listed in the Bill of Rights or the 2nd Amendment says:

A well regulated militia being necessary to the security of a free State,

the right of the People to keep and bear arms shall not be infringed.

The Constitution does however permit later generations to change or “amend” the Constitution if the people feel that it is outdated and needs to be modernized. Article V sets out the requirements for amendment. Obviously, much care must be taken by those in favor of amending to ensure they do not “throw out the baby with the bath-water”.

Should the government decide that the 2nd Amendment needs to be removed from the Bill of Rights or changed in some way it would be making a huge mistake because it would destroy the legal and moral foundation of our system of law. In ripping apart the Constitution, government would have removed the last vestiges of protection the people have from tyranny. The Bill of Rights are more than words and more than canaries in a coal mine. They are the final warning before what the Marine Corps in my day called “final protective fires” are authorized. That term meant that Marines were being overrun so every Marine was to fire his rifle at the full cyclic rate in a final act of defense. It meant that we were all facing imminent death anyway and that was one final desperate attempt to stop the enemy’s attack.

I hope and pray that those calling for removing or tinkering with the 2nd Amendment will remember that they are playing with one of the final lines of defense Americans have with their government’s strength. THUS, the Constitution Party supports the 2nd Amendment and opposes any attempt to alter or amend it and would recommend resistance to any such effort with any legal means necessary.

This article has not discussed the recent mass school shooting in Florida out of respect for the victims and their families, but nothing about that event changes anything having to do with the 2nd Amendment or the Constitution Party’s position regarding the right of the people to keep and bear arms. The Constitution Party views the 2nd Amendment as the last line of defense against tyranny.