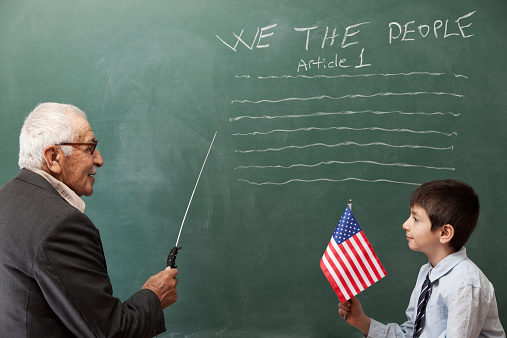 We can’t teach the Bible in public school, but it’s okay to indoctrinate kindergartners that men can get pregnant, and they are allowed to pick their own gender!

Prayer is banned but drag queen shows are allowed!

We wouldn’t trust these people to babysit our kids for 30 minutes.  Why should we allow them to educate millions of American students 6 hrs/day year after year?

It’s good to see that more parents are banning together to fight for their children. We cannot stop fighting to protect them because the left is after them with a vengeance.

Here is an article recently published in the “The Federalist Papers”:

Three Pennsylvania parents filed a federal lawsuit over what their children are being taught in first grade.

The lawsuit, which seeks an end to such lessons and requests unspecified compensatory damages, said this is not a political stunt.

“Rather, it is about Plaintiffs’ parental rights and each of their respective decisions not to want their 6- or 7-year-old child to receive first-grade classroom instruction on gender dysphoria or transgender transitioning from their first-grade teacher,” the lawsuit explained.

The lawsuit claimed the role of parents to oversee the education of their children is basic to all Americans.

Is this happening in your state?

If so, then consider doing this:

If you are outraged and want to support a political party with candidates who will stand firmly on the U.S. Constitution and put a stop to violating your God-given parental rights, then make your most generous donation to help us by clicking here:   Join / Donate – Constitution Party

Here is the “Education” plank in the Constitution Party Platform.

Since the Constitution grants the Federal Government no authority over Education, the 10th Amendment applies:

“The powers not delegated to the United States by the Constitution, nor prohibited by it to the States, are reserved to the States respectively, or to the people.”

All teaching is related to basic assumptions about God and man. Education as a whole, therefore, cannot be separated from religious faith. The law of our Creator assigns the authority and responsibility of educating children to their parents. Education should be free from all federal government subsidies, including vouchers, tax incentives, and loans, except with respect to veterans.

Section 1 – WE SUPPORT THE PARENTAL RIGHT TO PROVIDE FOR THE EDUCATION OF THEIR CHILDREN:

Section 3 – WE CALL FOR THE ELIMINATION OF THE FEDERAL DEPARTMENT OF EDUCATION:

Section 5 – WE OPPOSE THE NO CHILD LEFT BEHIND ACT (NCLB Act) and RACE TO THE TOP AND CALL FOR THEIR REPEAL BY CONGRESS:

Section 6 – WE CALL UPON THE LEGISLATURES OF THE STATES TO: