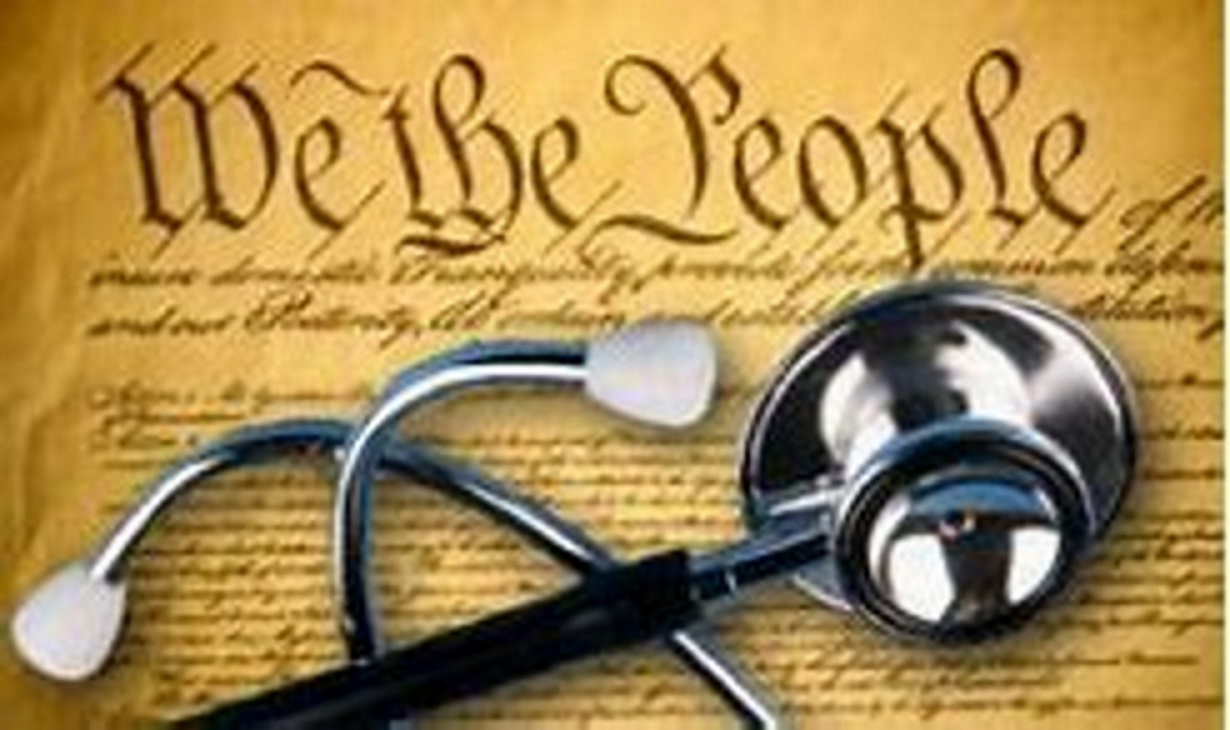 It is the Mission of the Constitution Party to require full compliance to the Constitution at every level of government, including the freedom to choose your own healthcare and reject medical mandates

“I am not in favor of government providing healthcare. It is not a constitutionally enumerated power. Neither am I in favor of the insurance system in general. It has ruined healthcare in America. And really… is it healthcare? No it’s a sick-care system pumping people full of drugs sponsored by our own tax dollars being forked over to big pharma from our stinkin’ government. We need a revival of real healthy living in America again.”  Marissa Selvig, Constitution Party of Wyoming Candidate for U.S. House of Representatives

Marissa Selvig is the Constitutional alternative to Liz Cheney

Marissa is a breath of fresh air, Pro-America Patriot compared to Liz Cheney!

Marissa will vote to keep government out of your medical decisions!

Help us elect Marissa and other Constitution Party candidates so we can STOP the tragedies and constant negative stories as described in the brief articles below:

It appears that the United States just became the only country in the world to “vaccinate” babies and toddlers with COVID injections.

The FDA authorized mRNA COVID shots (both Pfizer and Moderna) under emergency use authorization for children under 5 years old, all the way down to 6 months of age.

This is unprecedented anywhere in the world.

The approval made its way through the halls of the federal bureaucracy, regardless of any studies showing a positive benefit for injecting young children with mRNA shots, which, even in adults, do not effectively prevent coronavirus infection.

Recently, a new term has been highlighted in media outlets: “sudden adult death syndrome”, or SADS.

Underlying factors for SADS include undiagnosed myocarditis, inflammatory conditions and other conditions that cause irregularities in the electrical system of the heart, thereby triggering cardiac arrest.

Cancer has been on the rise for decades, thanks to dietary factors, but the COVID jabs appear to dramatically accelerate the disease process. Many doctors report cancer patients with stable disease, and those who have been in remission for years, will suddenly and rapidly develop Stage 4 disease

Data compiled by the International Olympic Committee shows 1,101 sudden deaths in athletes under age 35 between 1966 and 2004, giving an average annual rate of 29, across all sports.

Meanwhile, between March 2021 and March 2022 alone – a single year – at least 769 athletes have suffered cardiac arrest, collapsed, or have died on the field, worldwide.

Among EU FIFA (soccer/football) athletes, sudden death increased by 420 percent in 2021.  Historically, about five soccer players have died while playing the game each year.  Between January and mid-November, 2021, 21 FIFA players died from sudden death.

If so, then consider this:

Forced vaccinations, vaccine passports to enter buildings and businesses, media censorship and increasingly restrictive gun laws are all clear signs that the very freedoms our forefathers fought for are being eroded.

Join us in the fight to keep the very freedoms our country was founded on.

If you are outraged and want to support a political party with candidates who will stand firmly on the U.S. Constitution to protect your God-given rights and freedoms to keep government out of your medical decisions, then make your most generous donation to help us by clicking here

Consider donating to Marissa’s campaign in her battle against anti-America/Pro-Medical Mandates, Liz Cheney, by clicking here:

NOTE: You don’t have to live in Wyoming to help her high-profile campaign

Here’s the plank on “Healthcare and Government” from the Constitution Party Platform:

“The powers delegated by the proposed Constitution to the federal government are few and defined.”

“The powers not delegated to the United States by the Constitution, nor prohibited by it to the States, are reserved to the States respectively, or to the people.”

The Constitution Party opposes the governmentalization and bureaucratization of American medicine. Government regulation and subsidy constitutes a threat to both the quality and availability of patient-oriented health care and treatment.

Hospitals, doctors and other health care providers should be accountable to patients – not to politicians, insurance bureaucrats, or HMO Administrators.

If the supply of medical care is controlled by the federal government, then officers of that government will determine which demand is satisfied. The result will be the rationing of services, higher costs, poorer results – and the power of life and death transferred from caring physicians to unaccountable political overseers.

We denounce any civil government entity’s using age or any other personal characteristic to: preclude people and insurance firms from freely contracting for medical coverage; conscript such people into socialized medicine, e.g., Medicare; or prohibit these people from using insurance payments and/or their own money to obtain medical services in addition to, or to augment the quality of, those services prescribed by the program.

The federal government has no Constitutional provision to regulate or restrict the freedom of the people to have access to medical care, supplies or treatments. We advocate, therefore, the elimination of the federal Food and Drug Administration, as it has been the federal agency primarily responsible for prohibiting beneficial products, treatments and technologies here in the United States that are freely available in much of the rest of the civilized world.

We affirm freedom of choice of practitioner and treatment for all citizens for their health care.

We support the right of patients to seek redress of their grievances through the courts against insurers and/or HMO’s.

We condemn the misrepresentations made by the Federal Administration in securing passage of the recently enacted Medicare prescription drug bill and the use of such legislation to secure government subsidies to special interests such as the HMOs, and to protect the artificially high cost to consumers of prescription drugs.

Please get involved and help us elect Marissa and other Constitution Party candidates by clicking here: